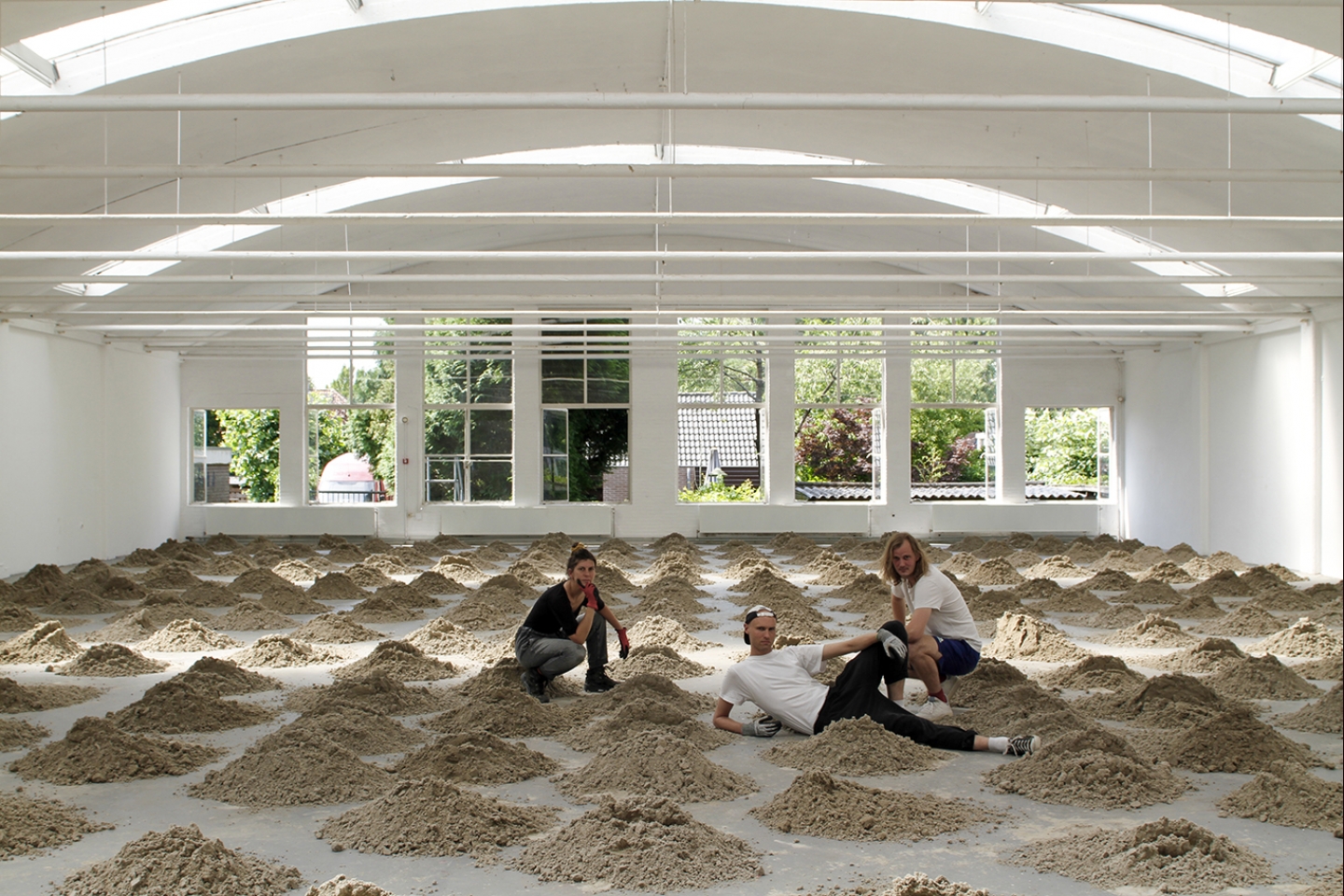 A project initiated by Katherina Heil in collaboration with Alexander Heil and Rik Möhlmann  ‘As a particle of the atmosphere is never lost, so sound is never lost. A strain of music or a simple tone will vibrate in the air forever and ever, decreasing according to a fixed ratio. The diffusion of the agitation extends in all directions, like the waves in a pool, but the ear is unable to detect it beyond a certain point. It is well known that some individuals can distinguish sounds which to others under precisely similar circumstances are wholly lost. Thus the fault is not in the sound itself, but in our organ of hearing, and a tone once in existence is always in existence.’ [Florence McLandburgh The Automaton Ear 1876]

I am walking on the beach. The wind swirls around my body. The waves wash the shore, crashing onto the land in an endless phasing repetition, creating an oscillating swell of noise. I encounter a sea shell. I lift it towards my ear – a maze of sound reveals itself to me.We live immersed in a world of sound. However, most of the sounds are filtered out by the shape of our ear. With this project we want to include ourselves deeply within this world, which extends beyond our daily experience. And thus we began our intuitive search for the relations between the ear, its form, and the resulting sound experience. Eventually, all human ears are built using the same blueprint. Nevertheless, every ear is uniquely shaped like a fingerprint and thus influences our subjective acoustic experience of the world. One could say, that listening beings all together live in their subjective sonic worlds. Therefore, we invented the concept of the Ohriversum (German ‘Ear-verse’) in which the entirety of all listening beings establishes a spatial constellation of these individual worlds.

Many thanks to De Fabriek Eindhoven, Stroom Den Haag, Cultuur Eindhoven, Kunstloc Brabant for their support.

Working period July 5 - July 23
public program during that period will be announce on short notice on social media the website and the Sensory Threshold LAB.